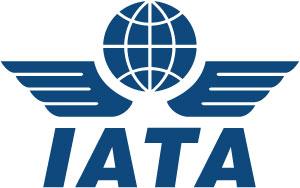 In a fast-changing aviation world, where privatization, alliances and increased competition are global realities, airlines still need to cooperate in order to offer a seamless product of the highest possible standard. Much of that cooperation is expressed through IATA, whose vision is “to be the force for value creation and innovation driving a safe, secure and profitable air transport industry that sustainably connects and enriches our world”.

IATA strives to ensure that people, freight and mail move around the global airline network as easily as if they were on a single country, and that member’s aircraft operate safely, securely, efficiently and economically under clearly defined and understood rules.

Air freight is carrying over 52 million metric tons of goods a year, representing less than 1% of global trade volume but 35% by value with over USD 6trn of goods carried by air. This shows how the aviation industry is a key enabler for greater global travel, economic links and trade. Air transport is an essential factor in connecting individual countries to the global economy, helping to improve productivity levels to benefit the national economy. Aviation connect businesses to a wide range of global markets, providing a significantly larger customer base for their products than would be accessible otherwise.

To learn more read the leaflet on the Trade facilitation Agreement, our monthly air freight economic analysis and the IATA value of aviation reports.

The time that air cargo spends at the borders for imports procedures can be estimated based by measuring the time gap between the arrival of the cargo by air at the destination until the handover of the cargo to the consignee.  IATA has carried out analysis of millions of shipments provided by Cargo iQ members in order to provide a global and regional snapshot of the time air cargo spends at the borders. The latest reports can be found below:

What is IATA doing to facilitate trade?

The tight connection between the global economy and the aviation industry is the reason why IATA is actively involved in promoting trade facilitation, and proactively supporting the implementation of the WTO Trade Facilitation Agreement (TFA). Several IATA projects and initiatives are tightly linked to the TFA’s objectives and directly relate to some of its provisions, like: